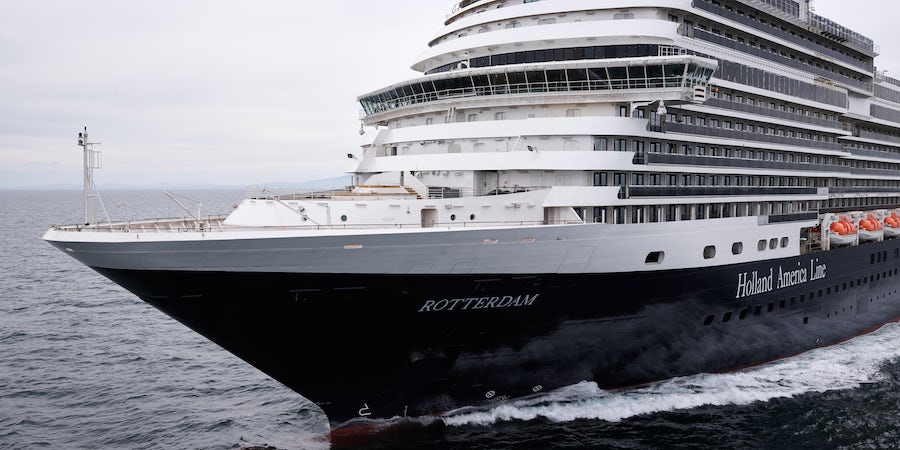 (3:30 p.m. EDT) — Holland America Line revised its 2021 European cruise departures on Thursday, cancelling sailings aboard Nieuw Statendam and Volendam while pushing back the anticipated entry into service of its newest flagship, Rotterdam, to September.

Holland America’s newest Pinnacle Class ship will now make its debut in Amsterdam on September 26. Rotterdam is still scheduled to be delivered on-time on July 30 from Italy’s Fincantieri shipyard but will remain in an operational pause.

Plans for the ship’s naming ceremony are still being finalized.As it works with local government agencies in Europe to restart sailings, Holland America has further made the decision to cancel all remaining European voyages aboard Nieuw Statendam and Volendam, affecting sailings from September to November, including Grand Voyages and all associated segments aboard the two vessels.

Eurodam will, however maintain its schedule of European cruises beginning August 15, and passengers booked on affected Nieuw Statendam and Volendam sailings will have their bookings automatically transferred to Eurodam in the Mediterranean.

Passengers booked on any affected sailing can also elect to receive a Future Cruise Credit or move their booking to another voyage.

Those on affected Rotterdam sailings can move to any 2022 departure at 2021 pricing. Affected passengers can also request a full refund.

Rotterdam was originally due to be named Ryndam prior to the sale of the 1997-built Rotterdam VI to Fred. Olsen Cruise Lines last summer, and subsequently renamed Borealis. The ship was set to be launched in May 2021 before being delayed until July 2021 owing to the ongoing global health pandemic.

Holland America is currently scheduled to restart its cruise operations aboard Nieuw Amsterdam on sailings from Seattle to Alaska on July 24, 2021.

Call our customer services team on the number below to speak to one of our advisors who will help you with all of your holiday needs.